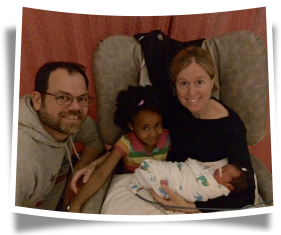 Thank You for Your Help My husband and I would like to say thank you from the bottom of our hearts! Our baby, Clay, was transferred here very unexpectedly after being born prematurely. We have now spent almost a month at Nationwide Children’s Hospital as our son has grown and learned how to eat. We would not have been able to manage this without your help! We live two hours away and have a three year old son at home. While my husband has stayed home with our son, it has been a comfort knowing I had somewhere safe to stay that is so close to the hospital. This has allowed me to watch over our baby and be involved in his care. Everything from the room to the services you provide has went above and beyond. This is truly a wonderful place! Thank you all for being so good to our family!